In the midst of massive flooding in the first week of May, organized efforts and individual efforts helped in the emergency to save life and limb, homes and possessions, and businesses and inventory along the Meramec River  from Pacific in the west to Arnold in the south.

Two such efforts stand out as testaments to the brotherhood of man and to the power of prayer.

In Pacific, a herculean effort by teachers, parents, family and friends saved the home of pre-kindergartner Kinley Rose Flannery. In Kirkwood at the Tree Court Industrial Park near Valley Park, a similar effort saved the fledgling business of Christina and Tim Schellhardt. 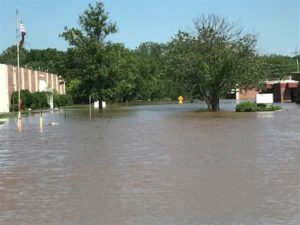 Flood Waters Outside of Tree Court

In each case, neither location had flooded before December 2015, but each went under in two so-called 100-year floods in the past 16 months; terminology which might need to be updated as 100-year floods appear to be the new normal.

Peggy and Steve Flannery’s home at 305 West Pacific Street was built by her parents in 1940. Peggy’s grandmother, uncles and cousins lived near by. “It was family,” she said May 5, two days after the flood crest, as she surveyed the neighborhood.

The river had receded, but the eyes, ears and nose easily picked up the sights, sounds and smells of the flood. Sandbags surrounded many homes, industrial-strength fans could be heard through open doors and windows, and the odor of wet sand permeated the air.

Flannery’s home was relatively unscathed, with the help of sandbags, multiple pumps and prayers. Next door, at granddaughter Kinley and daughter Jessica’s home, carpet and the lower portion of drywall had been removed, but it was in OK shape considering. The home required a massive effort to keep floodwater at bay, with volunteers from St. Bridget of Kildare Parish, family and friends building a sandbag wall around the house in an all-day effort five days earlier.

“We had three different groups, one in the morning, one in the afternoon and another at night,” Peggy Flannery said. “People would come over and say, ‘You need more sandbags,’ so we kept going.”

The effort involved multiple trips to get more sand and sandbags, then shuttle them to the site.

Steve Flannery called the effort “phenomenal. Friends came in; there was a Facebook alert. It was kind of cool to watch.”

Pam Manuel of St. Bridget Parish also put the word out. At one point, she went door-to-door in the flood area to ask residents what type of help they needed whether sandbagging or moving. Now she’s taking calls to coordinate volunteers for cleanup and rehab. The emergency has brought out the best in people.

“People that you don’t know come together and help out,” Steve Flannery said. “It gives me faith in the human spirit. I’m glad God put that in us.”

The Flannerys remained in their home during the flood, but others stayed at the Red Cross operations base in the nearby senior center, which supplied them with a place to stay and meals

Amber and Nicole Baue live on the second floor in a four-family flat that was flooded to the ceiling of the first floor. They became aware of the impending disaster by seeing U-Haul trucks in the area and neighbors moving things out. 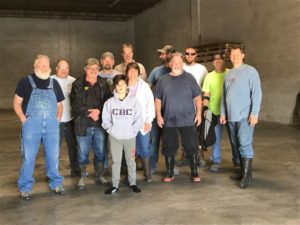 The advanced warning allowed people to plan for handling the disaster, which greatly helped the Schellhardts of St. Catherine Laboure Parish in Sappington. The Schellhardts, their 32 employees, family and friends went into overdrive using the few days notice to remove product and equipment, or to raise them above the expected waterline in the 55,000-foot warehouse at Tree Court Building Supply, which took in two feet of water in 2015 and 15 inches this time.

Then, a massive cleanup effort May 6-7 enabled them to open for business Monday, May 8, which Christina Schellhardt described as “nothing short of miraculous.”

“We have a very prayerful group; we couldn’t keep our optimism without it,” she said. “We have a group of believers. We didn’t know that when we bought the business, but we found out in the last flood.”

The Schellhardts bought the business eight weeks before the flood in 2015. When the flood happened, employees didn’t know whether the new owners would stay in business. In his mid-80s, the previous owner might have closed. But for the Schellhardts, there was no doubt about staying in business; they prayed about it before and during a meeting with employees. Being a private business affords this opportunity.

As a result, “there was this moment of clarity: ‘We’ll be all right,'” said Christina Schellhardt, who figured God’s providence had a role in their purchase of the business. The previous owner “was ready to hand this business off for someone to take care of it and the employees. God answered his prayer. He’ll answer ours in a different way.”

“We do believe faith moves mountains and in this case ? water,” she said. “We know God’s plan is bigger than us.”

View Our Photo Gallery of the Flood 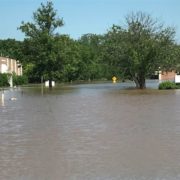 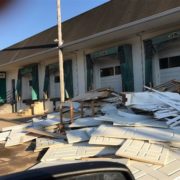 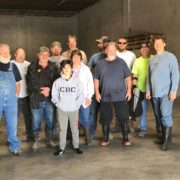 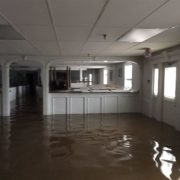 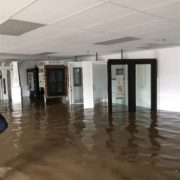 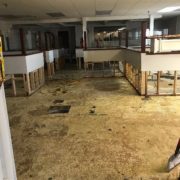 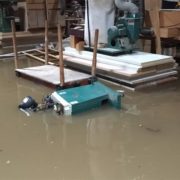 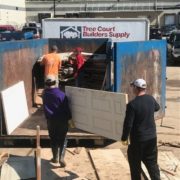 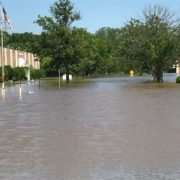 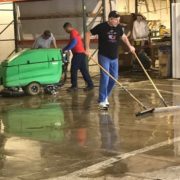